Our experts will reply you very soon.

Ice Cream Homogeniser, Pleasing The Tastebuds For Everyone 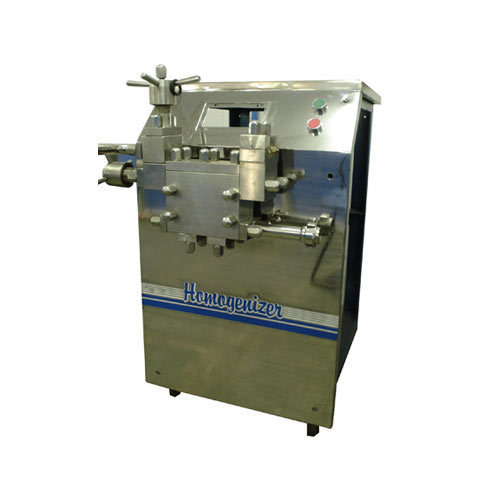 Homogenisation is applied in two ways. One for mixing two immiscible liquids and the other one is by breaking the particle of droplets into a smaller size of the existing liquid. A very popular and common application of homogenisation is for the standardisation of milk that is, breaking the immiscible fat particles and mixing them within the milk.

Another common application of this process is for making ice cream. Ice cream homogeniser suppliers always face an uprising demand from various ice cream making factories located all over our country.

HomogeniserThere are various models used for mixing items by the means of disruption. For example mortar and pestle, a mixer grinder, ultrasonic treatments, bead mills, high pressure, rotor stator mechanism etc. These equipments are mainly focused on disrupting the materials whereas homogenisers aim at cell fractioning and thus releasing the organelles from the cell.

The homogeniser device consists of 3 cylindrical shaped positive piston pumps and a homogenisation valve. The pump is operated with the help of an electric motor by connecting the crankshaft and rods. Through the piston pumps, the product is forced to pass under pressure through numerous hair-like tubes. This results in breaking the fat particles of the product and reduces it by 500 to 600 times.

The process of homogenisation is completed after the liquid moves through 2 steel pieces in a steel valve assembly. The reduction of particles in size occurs in the first stage whereas in the second stage any lumps or clusters are separated and broken into individual fat particles.Making Ice Cream using HomogeniserIce Cream for a commercial purpose is produced on a large scale. To achieve the huge amount, ice cream making machines are used, which reduces time and labour to a great extent. These machines are called ice cream homogeniser. Ice cream is produced following a few steps--

• Ice cream mixes are widely available in the market. The ice cream mixes available in markets contains a certain amount of milk fat.• The ice cream mix is then heated properly. This would kill any germs it bacteria within the mix. This happens to be an important step without which, people might get sick because of contamination of salmonella.• Then flavours are added. Any kind of flavour gets mixed with the ice cream mix pretty nicely. Thousands of gallons of ice cream are whipped in large vats in a factory, where giant wheel paddles mix everything.• Finally, the total mixture is put into the ice cream making machine. The cream mix passes through the tubes that help to form the ice cream mix into the structure of ice cream. Along with the whipping, the ice cream is cooled by ammonia through another pipe, so that it doesn't come in contact with the ice cream.• After the whole processing, the ice cream is filled in containers and froze at a very low temperature, after which the ice cream is absolutely ready to consume.Manufacturer of HomogenisersIce cream homogeniser manufacturer produces these machines made of stainless steel with a capacity of making ice cream of about 1000-5000 litres per hour. They claim that the machines produced bear a blending speed of 65 rotations per minute and a homogenisation speed of 3000 rotations per minute.

This entry was posted on April, 21, 2021 at 10 : 15 am and is filed under Ice Cream Homogenizer. You can follow any responses to this entry through the RSS 2.0 feed. You can leave a response from your own site.